Editors Note: The following article originally appeared on NBC.com, click here for that post. A second NBC News story appears at the bottom of this post.

“I would take my wine, go off to my room,” said Vanessa, “And just stay to myself.”

“We were suffering from PTSD from our previous relationships,” said Danny.  “We brought that into our relationship.”

Vanessa was struggling with infertility and felt she had trouble getting through to Danny.

“It made it really difficult for me to talk to Danny. He didn’t understand what I was feeling.”

The two had been trying traditional couples’ therapy for months but they had yet to make progress. And then a friend suggested they try MDMA, a psychedelic drug more commonly known as ecstasy or molly.

“I was definitely scared, I was afraid,” said Vanessa. “All those things your parents instill like don’t do drugs, something can happen to you.”

“A lot of time in western medicine, you’re treating a symptom. You have a headache and we give you a pill to treat the headache,” said Rebecca Kronman, a therapist in downtown Brooklyn. “With psychedelics, we can get more curious about what’s causing the headache.”

Kronman is the founder of Plant Parenthood, a community and online resource for parents interested in psychedelic therapy. It may not remain at the fringe for long, there are nearly 200 clinical trials, some happening in New York City, that are studying the therapeutic potential of psychedelics.

“My patients have experienced anything from decrease in anxiety, decrease in symptoms of depression, ability to love themselves and care for themselves better.”

Vanessa and Danny decided to give psychedelics a try.

“It was amazing! It was life changing,” said Danny. “A mushroom trip is like, years of therapy packaged into one night.”

LSD, MDMA and psilocybin are classified as Schedule 1 drugs, which according to the DEA means they are not currently accepted for medical treatment in the United States. Having these drugs could land you in jail. Kronman cautions her patients there are risks.

“Psychedelics are not for everyone,” said Kronman. “I’ll never make a recommendation to someone, partially because I can’t. It’s not legal.”

Kronman says she has seen these drugs help patients understand the causes of their behaviors but that the hard work comes after the trip is over.

“I like to work with people pretty soon after they have their experience,” said Kronman. “There is so much to unpack.”

Danny agrees. He says they do not use psychedelics as often now, but says the benefits have been worth the risk.

“If our trips are helping us become more understanding people then that helps us become better parents,” said Danny.

“I don’t have this anxiety over not being able to have a baby,” said Vanessa. “I love him as my child.”

The National Institute of Drug Abuse told NBC New York that MDMA and psilocybin are not yet approved for therapy, but have been granted breakthrough therapy designations by the FDA and could be developed into medications in the future. 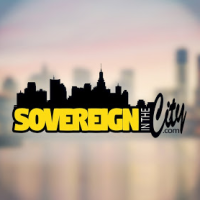