Six activists/ entrepreneurs from New Hampshire who some are calling “The Crypto Six” have been arrested and charged with participating in a conspiracy to operate an “unlicensed” money transmitting business and other offenses related to money laundering.

Among those charged are well-known radio hosts and activists who have run for local office, including Ian Freeman of the Free Talk Live radio show and Aria DiMezzo, the satanist trans woman who recently ran for sheriff on promises of legalizing drugs and sex work. Also charged was Colleen Fordham of Alstead, Renee and Andrew Spinella, and Nobody (formerly Rich Paul).

According to a press release from the Department of Justice, Freeman, Fordham, Renee Spinella, Andrew Spinella, and Nobody were charged with wire fraud and participating in a conspiracy to commit wire fraud. Ian Freeman was charged with money laundering and operating a continuing “financial crimes enterprise”, which carries a mandatory minimum sentence of ten years in prison. According to the federal government when you sell your own cryptocurrency for a profit it is a “financial crime.” In fact the only difference between a private sale and sale via an exchange is that the government is forcing exchanges to report to the IRS so they can tax individual crypto profits. Calling this a financial crime is akin to claiming yard sales are sales “tax evasion.”

Freeman and DiMezzo were charged with operating an unlicensed money transmitting business, they sent money without government permission.

The group is accused of operating a cryptocurrency exchange business that handled  over $10 million in business since 2016, and federal agents had apparently been watching the entire time. Prosecutors say that the group registered their business as a tax-exempt religious organization and passed off their income as donations from church members.

According to the Union Leader, federal agents confiscated $178,000 in cash from Ian Freeman’s home during a raid last week. The bank accounts of everyone involved have also been frozen, but there is at least 28 Bitcoin, currently worth over $1 million, that is locked away in a wallet that authorities are unable to access.

The group currently remains behind bars, with prosecutors suggesting that their stashed away crypto makes them a flight risk. Defense attorneys have argued for the release of the Bitcoin 6, saying that they are well-known activists who have no intention of backing down from a fight against the government.

The individuals who were charged are activists and participants in the Free State Project, an effort to encourage those who desire freedom to move to New Hampshire, where they can build communities and grow their numbers to influence the relatively weak local and state governments.

A core value of “The Crypto 6” and the crypto currency community in general is that free people should not be restricted (by government) from transacting with each other voluntarily. As a matter of fact that vision is the very reason Bitcoin was created, as outlined in the original white paper by Satoshi Nakamoto the inventor of Bitcoin. For years, Freeman and the others involved have been extremely open about their rejection of the US tax code and the US government in general and have advocated for Americans rights to keep their hard earned income safe from theft by politicians and the law enforcement agents that serve them.

While it is safe to say that they ran a lucrative business, their primary motivations were philosophical, and as we saw in the case of Ross Ulbricht, the government is on a mission to make an example out of anyone who promotes using this technology for the purpose that it was actually intended for. Due to their activism, they have a lot of support locally and across the country, but they are in for an uphill battle against an opponent that always plays dirty.

To contribute to the legal defense fund visit TheCrypto6.com 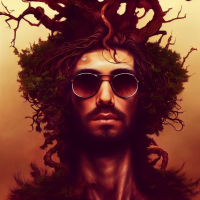